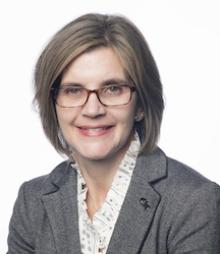 Jennifer Herazy has been with Georgia Tech since 1997, serving most recently in the Office of the Provost as the associate provost for operations. In March 2019, she assumed the role of chief administrative officer for Academics and Research. Reporting jointly to the provost and the executive vice president for Research (EVPR), Herazy acts as a shared chief of staff to oversee organizational and operational alignment around various services and administrative functions at the intersection of the academic and research divisions. These areas include academic and research faculty hiring and retention planning and startup support, academic and research administrative policy and procedures, communications, research and academic business applications, human resources, and finance and budgeting. Jennifer has served as liaison and project director on searches for the Provost’s direct reports and has played an active role in nearly 30 searches for deans, Provost and EVPR direct reports, as well as the executive searches for the provost and EVPR. Jennifer’s previously held positions include in the College of Engineering Dean’s Office and the School of Literature, Communication, and Culture (now Literature, Media and Communication). She has a Master of Education (M.Ed.) in Higher Education Administration from the University of Illinois – Urbana-Champaign, and a Doctor of Education (Ed.D.) from the University of Georgia.

jennifer.herazy@carnegie.gatech.edu
(404) 385-3037
Office of the Provost Office of the Executive Vice President for Research