Jayant Named as an NAI Fellow

Nikil Jayant is among the 175 renowned academic inventors named to the 2020 class of Fellows of the National Academy of Inventors (NAI).

Jayant is a professor emeritus in the Georgia Tech School of Electrical and Computer Engineering (ECE). During his career at Georgia Tech from 1998-2013, he held the John Pippin Chair in ECE and was a Georgia Research Alliance Eminent Scholar. He was also the executive director for the Georgia Center for Advanced Telecommunications Technologies and the Georgia Tech Broadband Institute.

Election to NAI Fellow status is the highest professional accolade bestowed to academic inventors who have demonstrated a prolific spirit of innovation in creating or facilitating outstanding inventions that have made a tangible impact on quality of life, economic development, and the welfare of society. Jayant is the inventor or co-inventor of 36 patents at Bell Laboratories and at Georgia Tech, including several that are incorporated in international standards or proprietary technologies for multimedia communications. His inventions have enabled today's digital communications practice in an end-to-end fashion. They teach fundamental aspects of audiovisual signal processing, such as compression, networking, and enhancement of speech, image, audio, and video information. 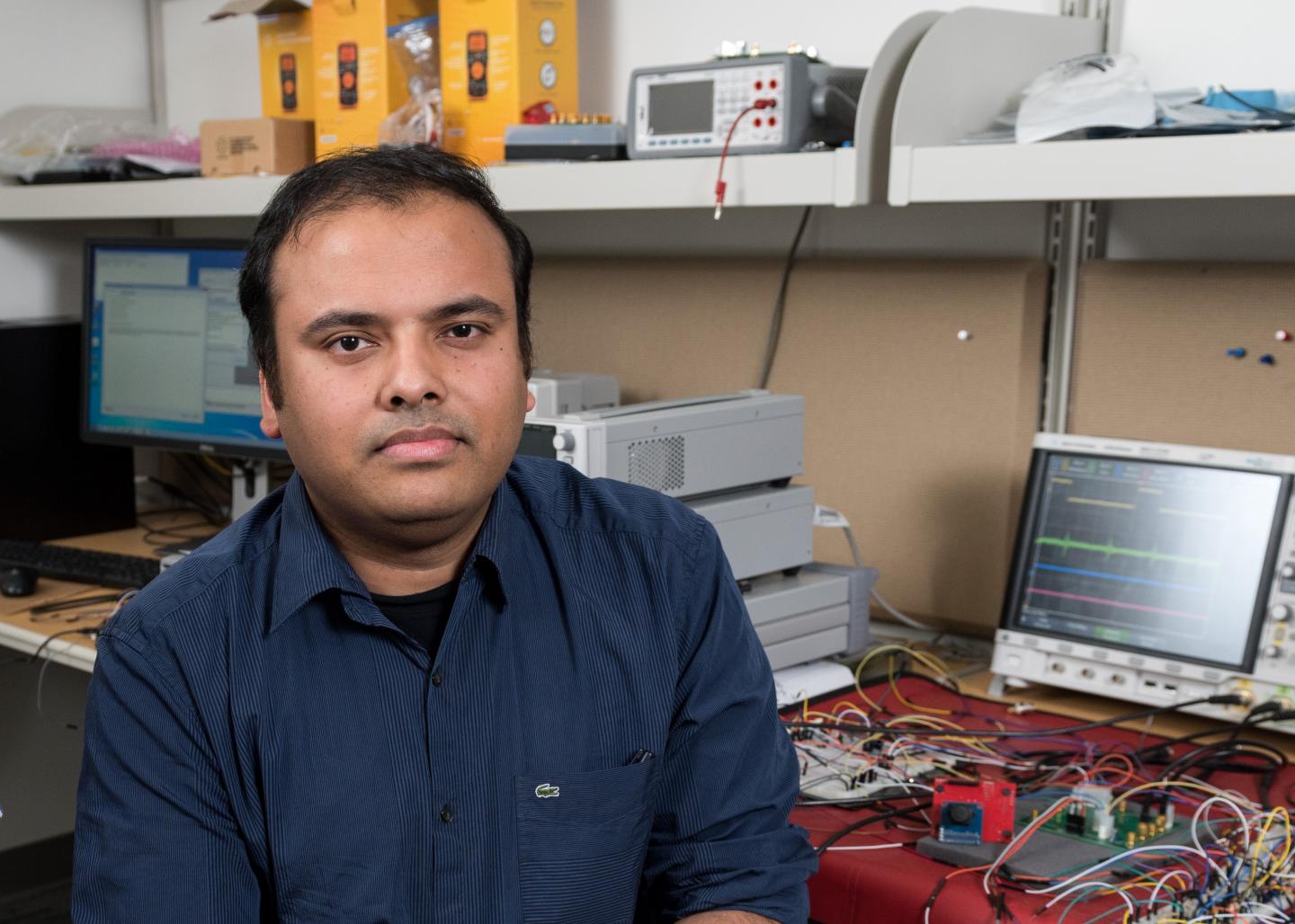 Arijit Raychowdhury received the 2018 IEEE/ACM "Innovator Under 40 Award" at the Design Automation Conference, held June 24-28 in San Francisco, California. He is the ON Semiconductor Junior Professor in the Georgia Tech School of Electrical and Computer Engineering (ECE).

The award is intended for specific contributions such as commercial products, software or hardware systems, or specific algorithms or tools incorporated into other systems widely used by industry and academia. The impact is measured by commercialization and wide adoption of the nominee’s contributions.

Raychowdhury won the award for his contributions to "integrated DSL modems, always-on and intelligent sensor hardware and model development for non-linear control in voltage regulators.”

Prior to attending graduate school, Raychowdhury first worked as an analog researcher at Texas Instruments (TI) for two years, where he designed the world's first adaptive mixed-signal echo-canceller for the receive-channel in ADSL modems. It used a hardware based optimizer for impedance matching and resulted in 1.5X range improvement. Raychowdhury holds two key patents in this area, and the design eventually was adopted by three generations of TI modems and was awarded the EDN design of the year award.

After receiving his Ph.D., Raychowdhury joined Intel Labs as a research scientist where he led the design of "always-on" smart microphones, which led to a design win with BMW and led to the adoption of the technology in automotive infotainment systems. This was the industry's first hardware design that incorporated an ultra-low power microphone-sensor front-end with a fully-programmable keyword-spotting hardware.

Since joining Georgia Tech in 2013, Raychowdhury has been exploring various aspects of power-efficient design. Most notably, his students and he contributed to the development of switched-mode and non-linear control in high-bandwidth all-digital, linear regulators that have gained wide traction with the semiconductor companies. The design principles have been adopted in internal test-chips and system prototypes at Qualcomm and Intel.

Raychowdhury was nominated for this IEEE/ACM award by researchers and engineers from Qualcomm, TI, TSMC, and Intel with support from Georgia Tech and the University of California, Berkeley. 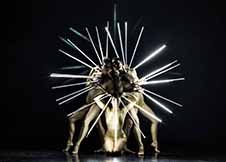 Georgia Tech Arts is excited to announce that it has received a grant of $150,000 from the Charles Loridans Foundation to bring professional contemporary dance companies, from around the globe and Atlanta, to the campus of Georgia Tech. These selected groups will further the mission of Georgia Tech Arts by integrating performing arts into the lives and work of students, faculty, and the surrounding community. Presenting a blend of nationally recognized and locally based dance companies will ultimately raise the profile of contemporary dance across Atlanta and Georgia Tech.

Georgia Tech Arts newly vested director, Dr. Aaron Shackelford, explains the focus on contemporary dance programming in future seasons: “The cultivation of contemporary dance at Georgia Tech can make a uniquely strong contribution to the field in terms of both audience and artistic development. Contemporary dance companies and choreographers are also on the forefront of pressing issues that face the lives of students and many members of the community. These include the deep collaboration inherent to their creative process, the exploration of social issues, reconsideration of physicality, and abstract thinking. Given that these topics are not easily taught or established in the classroom, Georgia Tech Arts, along with the selected dance companies, is committed to providing meaningful engagement experiences for students and beyond.”

The two-year grant supported the sold-out performance of VIVA MOMIX on March 1, 2020, a work that Georgia Tech Arts Dr. Shackelford added to the 2019-2020 season programming after his arrival to the department this past summer. It represents Georgia Tech Arts’ commitment to establishing itself as a hub for innovative dance work that invites the entire community to share in these encounters.

With the funding of the Loridans Foundation, Georgia Tech Arts will also present three additional, yet to be announced contemporary dance ensembles in fall 2020, spring 2021, and fall 2021.

“The Trustees of the Charles Loridans Foundation are so pleased that Dr. Aaron Shackelford and his team at Georgia Tech Arts want to bring the best national and local contemporary dance companies to the Ferst Center,” says Bob Edge, Chair of the Charles Loridans Foundation. “This dance initiative can be artistically important not only to the Tech community but all of Metropolitan Atlanta.  Recent enhancements at the Ferst make it an ideal venue for the ambitious dance presentations Dr. Shackelford has in mind; and the Loridans Trustees are very pleased to support this important program with a multi-year grant.”