The idea of a physical campus—a designed space for students, teachers, and educational programs—has been a mainstay of the college learning experience for a thousand years. There are only a handful of counter-examples. England’s Open University evolved from radio and television delivery of university courses to its current online format without the need for a physical campus, and Western Governors University, a collaboration of higher education systems in western and midwestern states, is an online, competency-based undergraduate university that augments traditional distance education programs. For most students, however, enrolling in college classes means traveling to a central location for educational services and access to resources.

The facilities and permanent educational staff of a campus have some advantages for a university with a traditional mission and complex programs to administer. The vertical integration of a central campus permits economies of scale that would be difficult to achieve otherwise. It was the model that the authors of the Morrill Act had in mind when federal land grants enabled the establishment of colleges and universities that taught agriculture and other “practical arts,” in addition to the classical European curriculum. The central campus succeeded in American higher education because colleges established upper limits on enrollments and were provided sufficient resources to build enterprises that efficiently delivered services to that number of students.

The physical campus is, however, a fragile model. This is especially evident in public education, where regional colleges and universities that are essentially copies of much larger land-grant and flagship institutions are established in localities that would otherwise not have access to college- level programs. This has the advantage of making educational facilities broadly available, but it does not necessarily match services to regional needs.

In today’s financial climate, one effect of this mismatch is that the high fixed cost of operating a central facility cannot be sustained when there are not enough students interested in the high, fixed-price degrees and programs offered in that facility. Institutions that have tried to open foreign campuses have also seen this effect. The economics of a central campus only make sense either when the portfolio of programs can be sustained by students who are interested in traveling to the campus or when the local economy can subsidize low-enrollment programs and underutilized facilities.

In the digital age, this is known as the long tail effect: economies of scale only justify fixed-cost investments for the most popular products or programs, while less popular programs (in the tail of the distribution) either must be subsidized, thus driving up the costs of the popular programs, or must be offered at higher prices, which further depresses demand.

One consequence of the Georgia Tech Commitment is that more students will avail themselves of programs and services in the long tail. It is always an option to try to provide remote or online facilities to connect those students to the physical campus. However, Georgia Tech’s experience with its OMSCS program proves that it is possible to be near the majority of the students with a relatively small footprint.

For example, as many as 80 percent of OMSCS students in the United States live within two hours of one of ten major population centers. The question then arises as to whether there is an alternative to the central campus that can be deployed at a national or global scale.

This is essentially a twenty-first century reinvention of the nineteeth-century idea of the experiment station. Agricultural experiment stations were an important outgrowth of the Morrill Act, and for most of the twentieth century, Georgia Tech economic outreach to the state of Georgia was accomplished through engineering experiment stations that co-located industrial and mechanical expertise closer to the citizens who needed that expertise the most. The Commission recommends a pilot program to test the idea of a scalable distributed presence, called the Georgia Tech atrium™, based on this model.

Just like a physical atrium in one of Georgia Tech’s new campus buildings, the Georgia Tech atrium™ is a scalable gathering place and a portal to real and virtual services. As the Commission envisions it, the atrium™ is an open space that can be programmed to suit the needs of learners, a venue for performances and events, and a way to provide social glue for learners, professors, and others who want to be associated with Georgia Tech. It is also a market, anchored by two shops—the Library Store and the University Learning Store.

The Library Store enables individuals who do not have physical access to a research university library to learn, create, and research (Bailey 2017). The University Learning Store, Georgia Tech’s award-winning shopping experience, provides courses, certificates, and degrees in an online format (Goss 2017). The atrium™ might also contain career service centers, personal counseling and advising studios, and an Invention Studio, as well as space for meetups associated with Georgia Tech’s online courses. The Georgia Tech atrium™ would provide cost- effective, high-quality educational experiences and services to Georgia Tech learners and community members by matching personnel, expertise, and facilities to the needs of the communities served.

Although the size and scope of each Georgia Tech atrium™ will be determined by its physical environment, they will all have the following characteristics:

Each of these characteristics requires more extensive study; one of the goals of this program is to investigate the feasibility of the Georgia Tech atrium™ model as a way of implementing a physical presence for the Georgia Tech Commitment. A pilot project to further develop these ideas should begin shortly after the Commission completes its work.

The Human Library Another way to support distributed presence is through a Human Library, a concept initially developed by an international organization in Copenhagen in 2000 (http://humanlibrary.org/). A Human Library allows readers to interact with human books, volunteers with different backgrounds and social experiences. The volunteers are “on loan” to their “readers” for face-to- face conversations during organized events. The Human Library helps its users gain different perspectives on problems and events, oftentimes helping to break down barriers and address implicit bias. 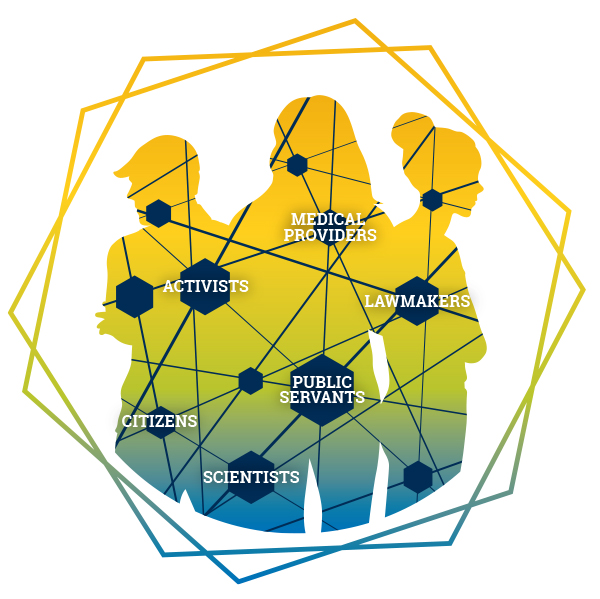 The Commission proposes to apply the Human Library model more broadly to higher education as a Living Library for Learning (L3). Georgia Tech students of any age could obtain a very different learning experience through conversing with a “human book” in addition to reading traditional books. Not only can students learn perspective, depth, and context of knowledge from such conversations, they can also experience authenticity of content and can build a connection with these human books, thus expanding their social capital. As detailed in the CNE Report Supplement The Living Library for Learning (L3) (Georgia Tech 2018g), the goal of L3 is to establish and curate a collection of human subject matter experts who agree to be called upon when they are needed.

Successful subject matter should be well defined while at the same time having broad appeal. Examples abound in engineering education. For example, students often study structural or system failures, but such events are slow to be analyzed and incorporated into university curricula. Even when they are, students are exposed only to second- or third-hand accounts in case studies, never to the principals (engineers, regulators, decision makers, administrators, environmentalists, or government officials) whose actions were most important at the time of the event. Symposia and conferences are sometimes hosted, but they are very expensive to conduct and not available to a wide audience.

Major problems would have to be solved to make this a reality. This project would necessitate a large enough collection of individuals to permit a classification of topics. There would need to be combinatorial richness in the numbers of individuals, and details such as compensation and legal liability limitations would have to be addressed. However, the Human Library idea is not a new one, and there does not seem to be any reason in principle it could not be applied to higher education in the form of a Living Library for Learning (L3).