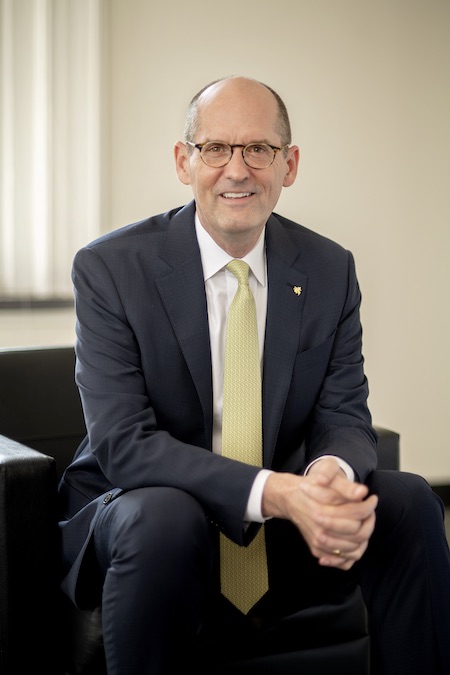 Steven W. McLaughlin is the provost and executive vice president for Academic Affairs at the Georgia Institute of Technology. He is a professor in the School of Electrical and Computer Engineering.

McLaughlin first joined Georgia Tech as a member of the faculty in 1996. From 2017-2020, he served as the dean and Southern Company Chair of Georgia Tech’s College of Engineering, the largest engineering college in the country. Prior roles include the Steve Chaddick School Chair in the School of Electrical and Computer Engineering from 2012-2017, and the vice provost for International Initiatives and Steven A. Denning Chair in Global Engagement from 2007-2012.

In 2014 he co-founded CREATE-X, a campus-wide effort to instill entrepreneurial confidence in students and help them launch companies. The program has successfully launched 225 student-led companies and engaged more than 4,000 students in the principles and practice of evidence-based entrepreneurship.

In 2011 he was awarded the honor Chevalier dans l`Ordre Nationale de Merite, (Knight of the French National Order of Merit), the second highest civilian award given by Republic of France. He was the first Georgia Tech recipient of the Presidential Early Career Award for Scientists and Engineers (PECASE) where he was cited by President Clinton "for leadership in the development of high-capacity, nonbinary optical recording formats." He is a past president of the IEEE Information Theory Society and is a Fellow of the IEEE.

His research interests are in the general area of communications and information theory. His research group has published in the areas of forward error correction and equalization in wireless communications, magnetic/optical data storage, data security, and privacy. He has advised more than 50 students and postdocs. His group has published more than 250 papers in journals and conferences and holds 36 U.S. patents.