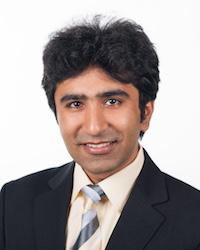 Tushar Krishna has been chosen as one of the recipients of Facebook Research's Faculty Award for AI System Hardware/Software Co-Design. Krishna was among the eight winners who were selected from 88 worldwide submissions.

The title of Krishna’s award-winning project is “ML-Driven HW-SW Co-Design of Efficient Tensor Core Architectures.” In this project, co-design implies simultaneous design and optimization of several aspects of the system, including hardware and software, to achieve a set target for a given system metric, such as throughput, latency, power, size, or any combination these factors.

Artificial intelligence (AI) and deep learning have been particularly amenable to such co-design processes across various parts of the software and hardware stack, leading to a variety of novel algorithms, numerical optimizations, and AI hardware. Krishna’s proposal focuses on creating an automated machine learning (ML)-driven closed-loop system to generate custom AI hardware platforms for the target algorithms and/or performance/energy constraints using a library of lego-like heterogeneous hardware building blocks.

Krishna has been an assistant professor in the Georgia Tech School of Electrical and Computer Engineering (ECE), where he leads the Synergy Lab. He and his team focus on architecting next-generation intelligent computer systems and interconnection networks for emerging application areas such as machine learning. Krishna has received a Google Faculty Research Award and an NSF CISE Research Initiation Initiative Award. He recently had one of his papers selected as an IEEE Micro Top Pick from computer architecture conferences and a second paper was selected as an Honorable Mention; Krishna’s work will be acknowledged in the May/June 2019 issue of IEEE Micro.