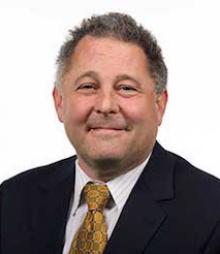 Dr. Paul Kohn joined the Georgia Institute of Technology in August 2010, coming from the University of Arizona, where he was Dean of Admissions and Vice President for Enrollment Management. Under his leadership, Arizona set records for five consecutive years for the number of new freshmen, as well as the most ethnically and geographically diverse freshmen classes. After earning his bachelor’s degree in Animal Sciences at Cornell University, Dr. Kohn taught biology at Sarah Hale High School in Brooklyn, New York. After returning to Cornell for his Master’s degree, Dr. Kohn began a career in academic and student affairs at Arizona. Dr. Kohn implemented a wide range of student advising, recruitment and retention initiatives, helping countless students reach their educational and professional goals. While at Arizona, Dr. Kohn earned his doctorate in educational psychology, specializing in testing, measurement and statistics.  His research focused on vocation and college choice among high school students.  His teaching experience spanned agricultural and biosystems engineering, higher education policy, and survey research methods.  He has been honored by numerous groups and organizations during his career. Some of the highlights include the Vision Award, the Outstanding Faculty Service Award, and the IDEA award. He has served as the state representative to the National Board of the ACT Corporation, as national representative on the College Board’s Academic Assembly Council and he is a graduate of the leadership development programs of the National Association of State Universities and Land-Grant Colleges as well as Pennsylvania State University.

As Vice Provost for Enrollment Management, Dr. Kohn oversees Undergraduate Admission, Financial Aid, Scholarships, Registrar, and Enrollment Communications. Dr. Kohn serves as Chair of the Student Information System (SIS) Governance Committee, served on the Strategic Technology Initiatives Committee and sits on the SIS-Planning Committee and Technology Governance Steering Committee.  Dr. Kohn also serves as the Institute’s representative on the University System of Georgia’s Enrollment Management Administrative Committee. He has undertaken efforts in the pursuit of risk mitigation, inclusive excellence, access and campus community engagement in student recruitment and success. Applications to Georgia Tech have more than doubled during his tenure and the Institute’s retention and graduation rates have reached new heights.  During his time at Georgia Tech, undergraduate enrollment has grown, with increases in student body ethnic and gender diversity, geographic diversity, and the new student academic profile is stronger than ever.