Balsam to Retire as Secretary of the Faculty 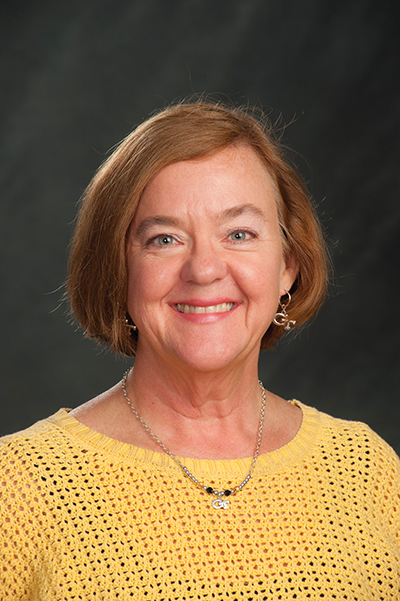 Jeanne H. Balsam, secretary of the faculty and principal research associate at the Georgia Tech Research Institute (GTRI), has announced her intention to retire.

“Jeanne’s steady leadership as secretary of the faculty and active role in faculty affairs over many years has made Georgia Tech a stronger, more efficient organization,” said Rafael L. Bras, Georgia Tech provost and executive vice president for Academic Affairs and K. Harrison Brown Family Chair. “We appreciate her considerable dedication and contributions to both the faculty and the Institute as a whole, and wish her the best in her retirement.”

Balsam has served in the role of secretary of the faculty since 2015. Prior to her appointment, she was active in faculty governance, serving as chair of the Georgia Tech Statutes Committee responsible for administration of the Faculty Handbook. Her notable accomplishments include working to create the Institute Policy Library and leading efforts to update the Faculty Handbook, including the refinement of faculty definitions.

“My time at Georgia Tech has been immensely rewarding,” said Balsam. “The many opportunities, experiences, and education afforded to me by this great institution mean the world to me, and I will miss working with the many terrific people throughout campus.”

Balsam will serve until the new secretary has been selected. Details on the soon-to-begin search, including next steps and applicant eligibility, will be posted online once they are finalized.

The secretary of the faculty is appointed by Georgia Tech’s president, based on the recommendation of the Faculty Senate. The secretary’s official duties involve keeping accurate minutes and records of the Faculty Executive Board and Faculty Senate, posting the minutes of the various standing committees, and conducting elections to fill faculty governance positions addressed by the Nominating Committee. The secretary is relied upon by faculty members and the administration for counsel on how to get things done through faculty governance channels in a way that contributes to a harmonious community.