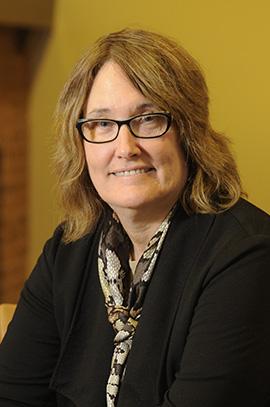 Mary G. McDonald has received the Service Excellence Award from the North American Society for the Sociology of Sport (NASSS). McDonald is the Homer C. Rice Chair in the Sports and Society in the School of History and Sociology, and leads the Sports, Society, and Technology program in the Georgia Institute of Technology Ivan Allen College of Liberal Arts.

The award recognizes McDonald for service throughout her career to the association, as well the field of the sociology of sport. It was presented in November, during the association’s annual conference in Vancouver.

“It is humbling that some of the people I most admire in the field were those who nominated me,” McDonald said of the honor.

In nominating McDonald for the award, colleagues from numerous universities noted that she is a leading scholar in her field, with numerous articles “widely recognized as leading texts in sports studies,” including her work on Michael Jordan, Michelle Obama, the Rutgers’ women’s basketball team, and the WNBA.

The nominators also cited her work in improving diversity, organizational efficiency, and the intellectual climate within the association, as well as her international stature in the field, and commitment to serving as a mentor to undergraduates, graduate, and post-doctoral students.

“I continue to learn from her in various ways:  through her scholarship which always expands my understanding of sports studies, through her mentorship — she is always there when I need help or professional advice, and through her leadership — she was an invaluable resource during my term as president of NASSS,” wrote Cheryl Cooky, associate professor at Purdue University.

In addition to receiving the Service Excellence Award, McDonald also was invited to deliver the Alan Ingham Memorial Lecture at the NASSS conference. This prominent annual keynote address typically focuses on expanding theoretical ideas within the sociology of sport.

McDonald's address, Once More, With Feeling: Sport, National Anthems and the Collective Power of Affect, traced the history of national anthems at sporting events and the implications of those displays citing two recent examples.

“Given the repetitive power of national images and patriotic rituals such as the playing of the national anthem at sporting events, both cases engender strong collective emotions,” McDonald wrote in a summary of the speech. “Both cases further reveal how emotions are not simply individual expressions but socially produced and powerfully tied to both sport and music.”

McDonald is a former president of the NASSS. She is an executive board member of the International Sociology of Sport Association (ISSA), where she currently serves as vice president for communications.

She decided to study the sociology of sport following her years as a basketball player at the University of Dayton and nine years as a college women’s basketball coach.

Her research focuses on American culture and sport including issues of inequality as related to gender, race, class and sexuality.

McDonald said that her position as the Homer C. Rice Chair has provided resources to support interesting programing and workshops. Those have led to anthologies featuring international scholars that are helping shape the field of sociology of sport, including issues such as concussions and the social study of science and technology in sports.

“This is a really great position to have an influence on the some of the intellectual trends in the field,” she said of her Georgia Tech post.